How the Oscars Got it Wrong

It is the film industry’s biggest event. All the greatest actors and actresses dress up for the award show put on by the Academy of Motion Picture Arts & Scientists. Over the years, it has morphed into something bigger than just a movie award show. Even this year, midst a controversy over racial equality, there was a big cloud hanging over the ceremony. 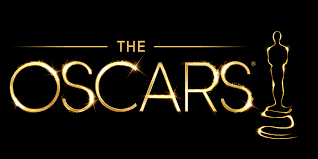 Each actor came to the stage either with sheer jubilation or with a certain agenda. The actors became activists. There were ideals that every person should get behind, like the elimination of domestic violence and abuse. Others encouraged young people to delve into the arts and use it as a way to cope with their difficult adolescence. Some actors, just in their utter joy was contagious, and even those who lost were seen with smiles on their faces. 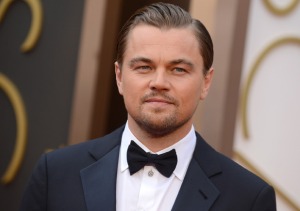 But the whole night was a build up to one man’s triumph. Leonardo DiCaprio had never held the golden trophy. Years and years of nominations ended in the same result. Many film experts claimed this would be the year. So, the audience had to wait to the very end to see if this Titanic hero would take the stage. And as the envelope opened, it was his name that was read.

Now, as we said before, the stage was already used for various causes and heartfelt tributes. What would Leo use this moment to promote? Drum roll please…Climate change. Now, hear my right on this one…I’m all for a better planet, but I will admit I’ve never been accused of one that hugs trees. That being said, it was a little surprising this was the activism he chose on the biggest night of his career. Here’s the thing, he wasn’t the only one. The Oscar winner for costume design (Jenny Beaven) said this about her movie which portrayed a earth that lay desolate and rid of many necessary resources… “Actually, it could be horribly prophetic, Mad Max, if we’re not kinder to each other and if we don’t stop polluting our atmosphere…You know, it could happen,”.

And here’s where they got it wrong. It wasn’t the controversial choice for best picture, or the Sly Stallone upset.  Rather, these actors point out the need for us to take care of the earth before it is too late, yet they neglect the one thing that will outlast this planet…their souls. They are missing it.

So let me ask you, when you are given the mic, what will you say? Will you promote a political candidate, pay tribute to the influential parties in years gone by, or conjure up a save the wales or world peace speech like a candidate on Miss America…or will you point people to the Gospel? Just like DiCaprio, he didn’t get many chances on the big stage, and may never get that chance again. Do you treat your conversations with the lost this way? Where you get one shot on this stage to promote the biggest cause, who happens to be the One who appoints the political leaders, could provide eternal peace, created the whales…and could give you eternal life.

Those that have been forgiven, you have been given the greatest reward of all time. The world needs to hear your acceptance speech. They need to hear you pay tribute to who got you here, the Director of your life now, and which way to the after party.

How Do You Know God’s Will? 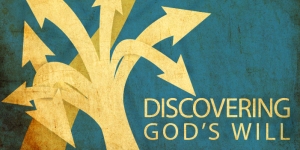 Do you know God’s Will? In some things…yes, but not everything. Romans 2:15 says we know God’s will for morality, whether we agree w/ it all – it is still His law, God’s standard. We cannot change that…but we KNOW it. It is written on our hearts.

Working with teens – there are often questions to know God’s will for college, career, dating…how do you know? I tell them – if you stare at the clouds long enough, God will spell it out. Kidding! NO, it’s not written in the clouds. And don’t look for a piece of burnt toast that looks like Jesus…God doesn’t work that way. Although that piece of toast is pretty amazing.

For real though, this is what I usually share with them Do you really think – if you are following God’s moral will for your life…you strive after Him, you pray and are into His Word daily…you think He won’t make His will clear to you in those big things in life? I believe He will. 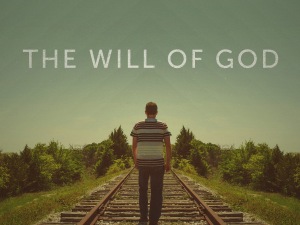 But what about non-moral decisions? What about the purpose of our suffering? What about those things that you just don’t understand? Are we without hope? NO! Will we ever know why or how? Maybe not. What do we do? We PRAY. And that which is missing, according to Romans 8:26-27, the information we do not know – the HS will fill that in – He will write the rest of our story to God! Wow!

Let me break it down this way:

You know what the foundation of all this is – trust. You are trusting that God will hear and has the power to answer your prayer. You are trusting the Holy Spirit knows your heart and can take your cries to the Father with the right information. You trust that no matter what happens – God is in control and what He says, allows, does…it is GOOD.

Eye-Opening. Dads, buckle up. You might want to sit down when you are reading this, especially the first few chapters that make you want to buy a gun, lessen the curfew by a few hours, and but state of the art tracking devices. The statistics and study data is jaw-dropping. My advice: Just take a breather, allow it to soak it, and know that in the coming chapters – help is on the way! 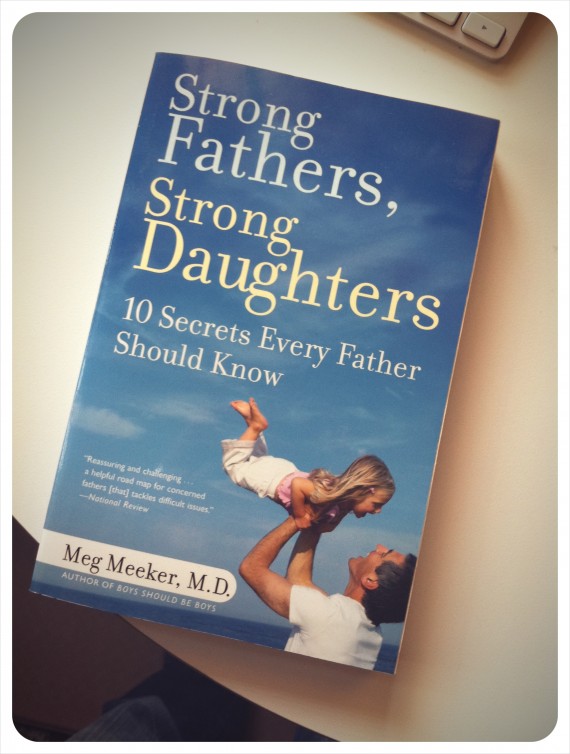 Extremely Practical. You will come away with practical ways to be a better dad. I mean, that’s why you read this book in the first place. You opened the book to find ways to be a stronger father and to produce a stronger daughter. The author does a great job at providing practical steps in making this happen.

8 Chapters later, “Oh There you are God”. Maybe this is my fault. I came expecting much more of a spiritual approach to fatherhood. The emphasis on God’s place in parenting does not come into focus until chapter 8 titled “Teacher Her Who God Is”. Why did she wait so long to teach this important aspect of parenting? The downside of a highly practical book is the spiritual side takes a hit.

Too much Father, Not enough Heavenly Father. Piggybacking on the previous point, there is almost too much emphasis on the father. Sure, the points about the importance of a father in a daughter’s life cannot be stressed enough, but it came at the expense of what the Heavenly Father can do in their life. It might even lead the reader to believe the father must be their #1 resource, which cannot be true. God must be that stronghold and refuge…fathers must come in second, but a distant second to God the Father.

Again, this could be my fault, but I expected more spiritual fatherly training. It’s in there, but not as predominant as I expected. However, the practicality of this book is through the roof. I still have recommended it to dads of daughters. It is truly eye-opening, inspirational, and needed training for fathers. You very likely will be motivated to do all you can to protect and be the model for your daughters after reading this book. Your daughter needs you, and you need to read this book.

How to Climb The Mountain of Righteousness

You are at the base of the tallest mountain in the world.  Let’s say no one has ever made it to the top due to treacherous slopes, dangerous animal habitats, and weather conditions where no human has ever survived.

Yet, with your can-do-it spirit, your Marmot coat, one of those unbreakable water bottles that doesn’t spill, some rope, and a packet of foot warmers…you charge the mountain. All around you, you see others making the same attempt, and all of them are failing miserable. But you still try, and try, and try again. 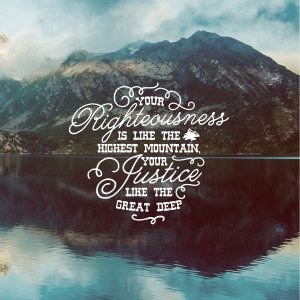 You will never reach the top on your own. But there is hope. Jesus is at the top of the mountain, reaching down with His hand. His hand offering forgiveness, new life, and eternal hope. But, in their hardness of heart, very few look up. Determined to climb the mountain on their own, they never look for help…they fail to see Jesus, their only hope for reaching the top.

Romans 3:23 tells us we all fall short of God’s glory. That is until we trust in Jesus. When we give our life to Jesus, He gives us His righteousness…He takes us right to the top of the mountain and our eternal journey begins.

Will you take His hand? He is reaching for you now. Stop trying to climb the mountain on your own and keep falling…grab His hand, and enjoy the view. 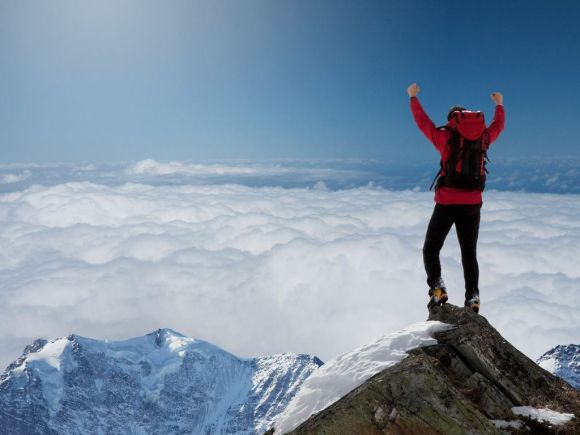 More of this sermon can be heard here.

How to Teach On Poverty…And What to Do About It 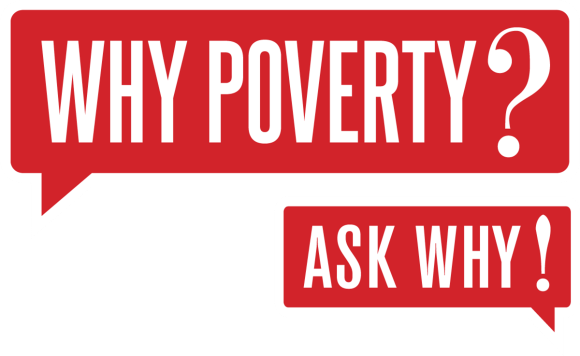 A new iPhone. How many likes did my Facebook post get since five minutes ago? How am I going to memorize the Declaration of Independence before tomorrow? I have to read how many pages for English class? These are some of the thoughts that your students have. What about global poverty? It may not even be a blip on their radar screen. It may be up to you to teach them a little global compassion. Sound like a big subject…you bet it is. But there are ways to make an impression.

Teach a Little Perspective. Take them to http://www.globalrichlist.com/. That will open up their eyes. When they see a high schooler that is working only 20 hours a week at minimum wage makes more than 85% OF THE WORLD!! Yes, if you work at Kohl’s, Kroger, or even babysitting put you in the richest in the world. Talk about perspective.

Define Poverty. Poverty is more than just lack of food, shelter, or clothing. That’s a good basic definition, but it is also powerlessness to remove oneself from these conditions. A good video to show can be found here. 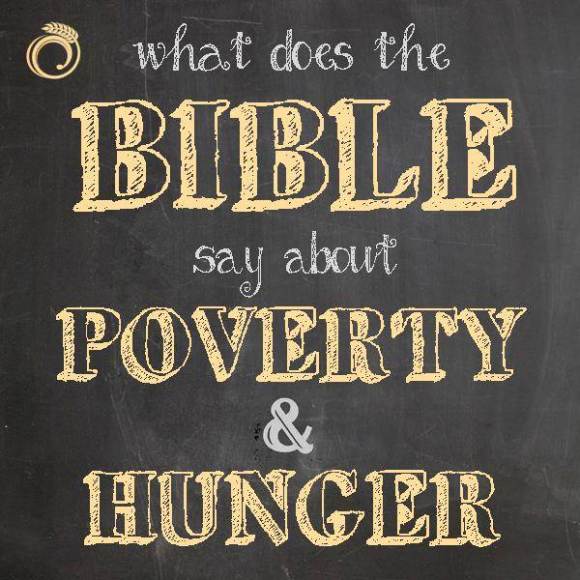 Explain the Bible is Not Silent about Poverty. God has expectation of us concerning the poor. He never wanted it to be the have and have-nots. Give out passages & have students explain what God says about poverty. Here is a cheat sheet for the Bible verses you might find: Deuteronomy 15:10 – Give to the poor without regrets. Proverbs 22:2 – Money does not make one better than another – we are all God’s creation. Proverbs 29:7 – Do you care? We need to care about the poor. James 2:15-17 – Do Something!

Tackle the Excuses. Takes time…Don’t know what to do…Don’t care enough. The excuses are all over the place, but you must get them out on the table. Talk about the excuses you have and tackle each one. Give your student hope they can make a difference in global poverty.

End With 4 Ways to Make a Difference in Poverty.

Have them Present Their Solutions. Put together some brainstorming groups and allow the students to come up with solutions. Encourage them to follow through with their solutions. In the words of Bob Goff, don’t just have a Bible study, have a Bible doing. Push them to make a difference.

Don’t Underestimate. A goal of mine is to see students become world-changers. Don’t underestimate what students can do with just a little encouragement. Allow them to change the world, and fight global poverty one step at a time.