How to Prepare a Youth Event Calendar in 3 Easy Steps

Preparing for next year’s event calendar, for me, is one of the most exciting planning experiences. The look of the fresh, blank calendar canvas…It’s a thing of beauty. To think, with the guidance of God through the process, you will get to plan out next year’s events. These are events where teens may get saved, hearts will be changed, and hopefully grows your ministry to reach your community for Jesus Christ. How does that not get your blood pumping?

So how is it done? Below are 3 easy steps that will allow your event planning to go a little smoother this year…

What about you?  What do you do in your planning that allows your events to be successful?  Feel free to comment below.

As I mentioned last week, Senior Nights have their benefits.  And one of the greatest things about planning these events is the sky is the limit.  Typically, I try to plan the event around personality of the people graduating.  If it is a more outgoing group, I would try to get them more involved during the presentation.  For the introverted group, I would make it more low-key and enjoyable for them.  Regardless, I do my best on a reasonable budget, to make this night unforgettable and truly memorable for the senior and their families.  Here are a few ideas…

A Night at the Oscars. This took some prep work in our event planning. The month prior to senior night we had a video contest, where students would get together and produce their own short film. Little did the seniors know, this would play into their Senior Night. At the Senior Night, awards were given from those films such as best actor/actress, best film, best cinematography, etc. Oscars were made from gold paper (I still have mine in my window sill of my office.

The night was just like the Oscar night. Each senior was picked up from a designated area in a convertible donated by someone in the church. We pulled out the red carpet for our seniors to enter. The entire church was waiting for the seniors as the pulled in one-by-one. Each senior was interviewed in from of the church and cheered and celebrated.

The schedule began with an opening monologue, Oscar awards, band performance, video of seniors pictures given by parents, and time of prayer. The night also included a brief devotional by our lead pastor.

Olympic Ceremony. Just like the Oscars, this took advance planning as well. Medals can be made or bought at a local party supply store. These medals were given in a special ceremony for each Olympic event the month prior.

A special host is needed for this event. In this case, I was Bob Hope. You can be creative with this. Other parts of the program included a live band performance, Gospel presentation, charge to seniors and families, video presentation of pictures of graduates growing up, commercials, and an unforgettable skit.

Awards Night. Again, needed a prior event for this senior night to work. So, we had a talent show the month before to allow for awards to be given. Awards were based on that particular night.  The creativity comes into play on this part of the night where you try to come up with as many categories as you can to give out as many awards as you can.

Price is Right. We really outdid ourselves this year. Set design, logos, name tags, host scripts, items up for bids, prizes to be won, cars given away (matchbox, of course…what budget do you think I have?), and much more. It was incredible.

Again, we invited the church. But this time, they were the audience helping each contestant. There was only 2 seniors this year, so they were the 1st two contestants called. We had 4 games ready to play (can be found here), and the seniors each played the game, along with two other contestants. We had a digital wheel to spin. And even a showcase showdown!

The night began with a devotional, and then the worship center turned into the set of the Price is Right. The whole audience had a blast, and it was a very memorable night for our seniors and their families.

It did take a tremendous effort from our leaders who designed the set, got sound effects for the show, helped the students design t-shirts, gathered prizes, and the list goes on and on.

What are some of your senior celebration ideas?

As the saying goes, “if you aim at nothing, you will hit it every time.”  It’s a saying that goes through my mind during this time of year.  Sure, God can re-direct, and we should always be willing to change our plans according to his direction.  But it is also wise to plan ahead and cast vision for the upcoming year.  Below are 8 goals that I have set for my 2015 ministry year…hoping they can provide you some inspiration as well.  Feel free to comment below with some of your goals!

At each major event, I like to require a registration card for some sort of give-a-way.  Attached to the registration card, is a short little survey to help gauge teen culture.  Here an example:

Which one is better? 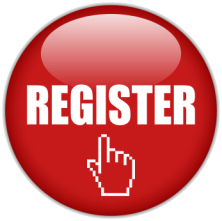 For those that are curious, here’s the results of the survey:

#1 Drink of Choice:  Pop (or Soda for my East Coast Friends) – kinda surprised energy drinks only got 1 vote.

Would rather have a Shopping Spree at Favorite Store…although malls are going down in attendance.

Here are a few that I would recommend (put in order of my favorites):

Honorary Mention:  You Lost Me by David Kinnaman; Already Gone by Ken Ham

5 Tips For Planning Your Event Calendar – What the students told me!

Here’s an idea for planning your student ministry events…ask the students!  What a novel concept.  Why didn’t I think of this sooner!

So that’s what I did.  I wrote out all the events and service projects (including mission trip and children ministry events we served in) and put them in a survey.  I had the students rank the events from 5 (awesomest) to 1 (never, ever, do that again).  And let me tell you, if pictures speak 1,000 words, surveys got to speak at least 124 words.  Lots of interesting thoughts came that will help your event planning tremendously.